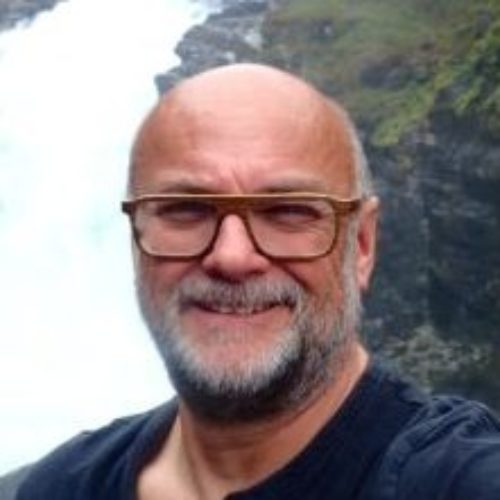 The English subtitles for ROMA

Whatever happened to "quality control"?

This coming Sunday, Alfonso Cuarón's movie Roma may well make history at the Academy Awards in Hollywood. With its ten nominations, it is poised to become the first-ever movie in a language other than English to take the Best Picture award. There is no denying that it is a magnificent movie, beautifully directed and with a touching central performance from Mexican actress Yalitza Aparicio. This is also the first time that the streaming giant Netflix has found itself in the Oscars spotlight to this extent, even though it merely picked up distribution rights to the film and played no active role in its production.

By Ian Burley, chairperson of the ATAA (the Association of French Audio-visual Translators)

However, despite its critical success, the film has recently come under fire for the poor subtitling of its dialogue in a number of countries. Following the numerous remarks of my French colleagues, I decided to take a look at the English subtitles currently available on Netflix. I viewed the movie on the platform on the morning of February 18, 2019.

I should begin by pointing out that I have been subtitling French and Italian movies for over thirty years, after post-graduate studies in film translation. I have always worked according to the guidelines established in France over the years, guidelines tried and tested to give the audience the best possible experience when viewing a subtitled movie. These guidelines closely resemble those used in most other European countries (with a few minor differences) and concern such things as reading speed, respect of shot changes, etc.

I should also say that I am unable to judge the quality of the translation from Spanish and Mixtec for Roma. My remarks concern solely technical aspects of the subtitles and the stylistic properties of the translation.

On viewing Roma on Netflix, one thing is instantly obvious. The much-vaunted Netflix "quality control" has clearly not been applied to the subtitles for this movie. There are countless subtitles that remain on screen way too long. A number of subtitles pass over a shot change without this being necessary, unsettling the viewer. Two lines spoken by two different characters appear as a single subtitle (in dialogue) when there is plenty of time to make two separate subtitles and when the second line is not at all an answer to the first. At times, the subtitles move to the right or the left of the frame for no reason. Two lines by the same character are unnecessarily grouped together in a single subtitle, despite a long pause between each line, allowing the viewer to read the subtitle up to three times!

The decision to put all subtitles translating Mixtec dialogue between square brackets, apparently at the request of the director, Alfonso Cuarón, is unusual to say the least. This is not a subtitling convention used anywhere as far as I know and, personally, I find that it makes these subtitles tough to read. True, it is hard for a non-Spanish speaker to realize that two different languages are being spoken, but it might have been wiser to put the Mixtec translation in italics, if only to make it easier to read.

When the family watches a TV show, the subtitles for the show's very rapid dialogue are in standard font and, all of a sudden, the reading speed is no longer respected. The subtitles flash by and are impossible to read correctly. However, more concise text could have been used here to make the subtitles easier to read. And then, all of a sudden, the show is no longer subtitled, even though the family continues to react to the show. This creates a feeling of frustration for the viewer. We have a similar feeling later in the movie, during the forest fire scene when a character in the foreground sings a song and we have no idea what it is about. It is strange to place such emphasis on a character (barely no one else is visible in the frame at that point) and not let us know what they are singing about.

When the family talks about going to see the movie Marooned, the film's title is inserted in the middle of the subtitle without quotation marks or italics:

However, in the French version of the subtitles, the title is in italics, which seems to indicate rather sloppy "quality control" on Netflix's behalf and a total lack of consistency from one language to another.

There are some very unusual line breaks in the subtitles which also hamper smooth reading of them. Here's one example.

It would have been much more logical to have "so" on the second line.

There are also several examples of odd punctuation:

The three dots after the exclamation point in the above example don't really make any sense. Moreover, a number of subtitles open with three dots if the sentence began on the previous subtitle. This is a convention that was more or less abandoned in the early 1980s and that looks distinctly odd today.

There is also an erroneous use of apostrophes. For instance, we read, "I'm going to the stationers" when it should be "the stationer's".

On a stylistic level, the meaning of a number of subtitles is not immediately clear. For instance, when Cleo says "This feels like my village" does she mean that she feels at home there or that it reminds her of her village? When the nurse on the labor ward tells her "Move your waist further down, please", surely she means her hips or her behind as the waist cannot be moved physically. In this case, a simple, legible and instantly comprehensible subtitle would have been "Move down a bit, please."

As for the subtitle that unleashed general hilarity among my French colleagues, it is just as absurd in English:

The dying Jorge is clearly not going anywhere and a simple "come on" as an exhortation would have been much more logical here.

I have, of course, used the "?" function on the Netflix player to alert the platform to the poor quality of the subtitles, as I have frequently done in the past, but, as usual, there has been no reply. Does Netflix care about feedback from its viewers or is the "?" button just there for show? I am sincerely beginning to suspect the latter.

In conclusion, it is possible to view and appreciate Roma with the English subtitles as they stand. My remarks may sound like petty nitpicking to some but as a movie-goer and subtitler, I know how correctly spotted and translated subtitles can benefit a film and enhance the audience's viewing experience. The subtitles for Roma could have been so much better if a few simple standards used by professional subtitlers for decades now had been applied. So maybe it's time for Netflix to begin listening to experienced subtitlers for real rather than keep on trying to disrupt the industry to the detriment of all, filmmakers, viewers and professional translators.